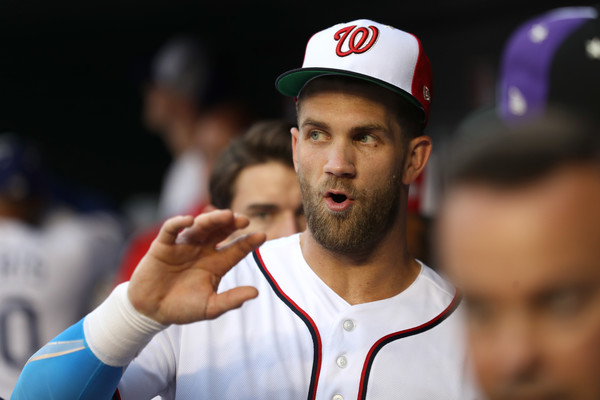 HomeNewsBryce Harper could be traded, but chances are slim
News

Bryce Harper could be traded, but chances are slim

Then Tuesday morning came around, the day of the non waiver wire trade deadline, and it was like Monday night never happened.

At least one team in touch with the Nationals heard the club had deals “lined up” for multiple players, including Bryce Harper, but got the sense ownership pulled the plug late last night.

Losers of their last two to the Marlins, the Nationals open up a home series against the Mets tonight.

Even with the struggles you can understand the Nationals pause to trade Harper even in a walk year. The team will still boast the likes of Max Scherzer (thru 2021), Stephen Strasburg (2023), Anthony Rendon (2019),  Trea Turner (2022) leaving the window of contention firmly open.

Trading Harper mid season all but eliminates any chance of him returning to the tam for the 2019 season and beyond. That is a window that the Nationals, which has used Harper as a pillar of their marketing, are not ready to close.