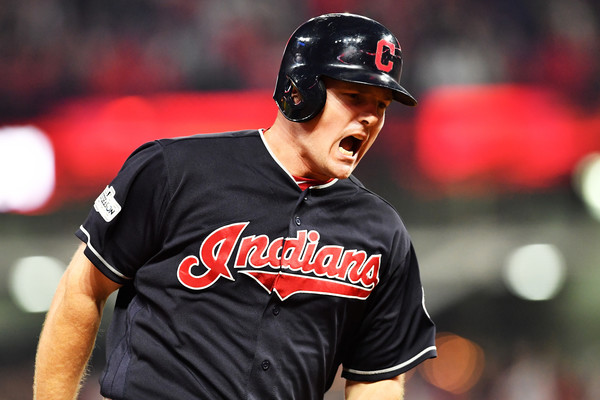 Jay Bruce is set to return to the Mets on a new three year deal.

Bruce, 30, had been waiting for other free agents to sign in order to gauge his contract but the reported three year deal worth $39 million was likely too much for the veteran to pass up.

Acquired in a deadline deal with the Reds in 2016, Bruce was sent to the Indians last year as the Mets faded from contention.

Bruce should find regular at bats next season in the heart of the Mets lineup but where he ends up playing in the field could be different each day. The Mets could rotate him between the outfield and first base.

With Bruce, whom many considered a fallback option, now off the table it may spur movement at the top of the free agent list finally.

No post about Bruce reupturning to the Mets would be complete without mentioning his comments following his trade to the Indians last year.

“I pretty much went from the least fun situation in baseball to the most fun.”

That comment came after the Indians surpassed the 20 straight win total and was followed by a more complementary remark towards the Mets.

“That’s no slight to the Mets at all. … I just wanted to be a part of something bigger than myself.”

The Mets were derailed early and often by injuries. With a healthier roster the Mets will look to finish better than the 70-92 they were a year ago.