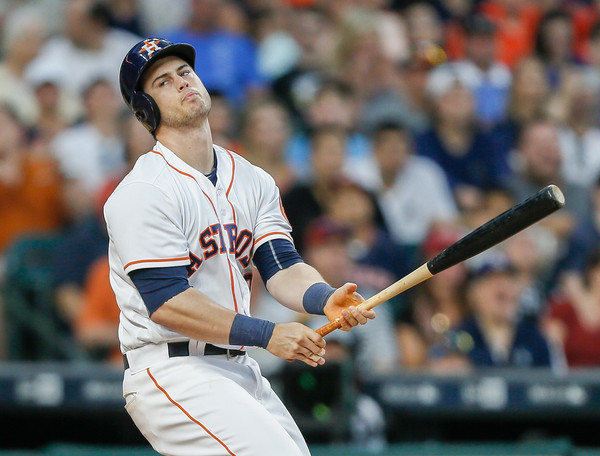 If you believed the Braves were just going to put Ronald Acuna in the outfield at Sun Trust Field to start the season….. please tell me what planet you are from.

On Wednesday the Braves acquired outfielder Preston Tucker from the Astros in exchange for a player to be named late or cash.

Tucker, 27, has not had much success at the big league level but his minor league numbers suggest he may be able to be serviceable until the inevitable promotion of Acuna.

A .219/.274/.403 career hitter in 146 major league games, Tucker was designated for assignment by the Astros earlier this week.

The acquisition of Tucker means that Acuna will more than likely begin the 2018 season in the minors as the Braves attempt to prevent his service time clock from starting in order to gain an extra year of team control.

In order to make room for Tucker on the big league roster the Braves designated relief pitcher Luke Jackson for assignment.