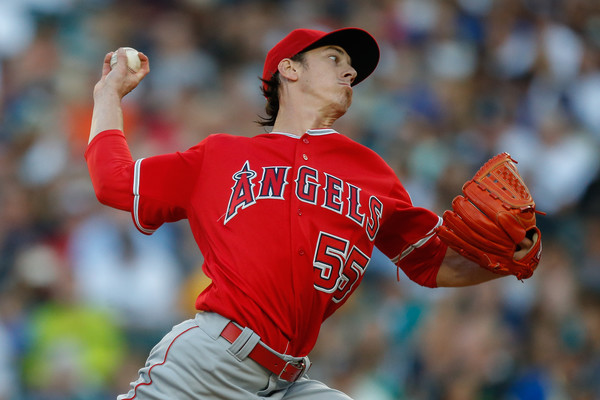 In shape Tim Lincecum sighting has everyone thinking 2018 return

Anytime a elite player falls off the face of the earth at a young age fans dream of a comeback.

Tim Lincecum, 33, was a two-time Cy Young Award winner before his career veered off track. The beloved Giants ace has been nearly non-existent since those failed nine starts with the Angels in 2016. Now five years removed from being at the top of his game, only the biggest of optimists envision a come back citing how good he was and how he’s still got years until he’s 40.

Well the dreamers have something to use as evidence. Rockies reliever Adam Ottavino posted a photo of “Timmy” on Instagram and already 1,500 fans have liked the image which shows a muscled (who knew?) FREAK wearing a sleeveless shirt. Lincecum has opted to keep the short hair which he cut years ago, remember when we first reported that?

Is he throwing? Is he coming back? Is he just trolling everyone? Who knows. The guy is a virtual ghost on the internet, he is one of those rare former players who the Giants have no clue where he is and last I remember some reporter ran around the Seattle area trying to find him and gave up.

I would love to see Lincecum give it another shot. No one wants to see someone as talented as him go out the way he did but the reality is he’s far from the pitcher who won those two Cy Young awards. Can he reach down and pull off the comeback or is this image just another reminder of a talent that flamed out too soon?

Yes, this is Tim Lincecum at @DrivelineBB.
Yes, Adam Ottavino took the picture while training here.
Yes, Tim will throw for teams at a showcase in the near future.
No, I have no other information for you.

He almost surely will have to accept a minor league deal with incentives but seeing The Freak return would be pretty cool.