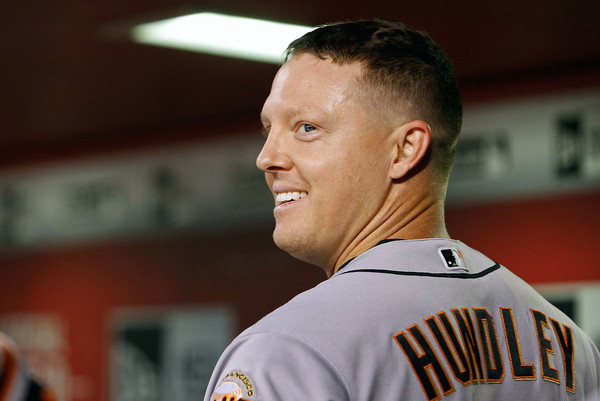 Compared to some of the offseason activity, the Giants new deal with backup catcher Nick Hundley has to feel like a bargain.

The Giants will bring back the 34-year-old on a one-year deal worth $2.5 million which is a slight raise from the $2 million he earned last season. Hundley will again spend the season serving as the backup to Buster Posey and occasionally will allow the Giants to play Posey at first base again in 2018.

Having Hundley on the roster will push the Giants closer to the 2018 luxury tax of $197 million. Currently they are around $175 million in committed deals which includes arbitration for five players, highlighted by Joe Panik. The Giants have been attempting to change their outfield for 2018 with Hunter Pence ($18.5 million) being listed as a trade candidate.

Since arriving in the majors in 2008, Hundley has seen action with the Padres, Orioles, Rockies and Giants.