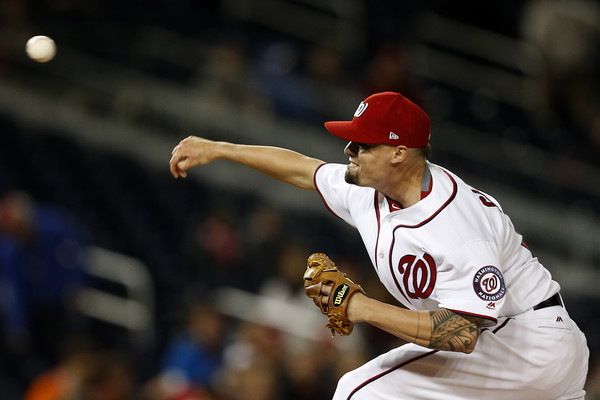 “Koda was kind of lobbying for that in the first place,” Baker said via MASN. “We wanted to break him in slowly because this guy’s … shoot, he’s only a year-and-a-half out of college. So he had said that’s the job he wanted, and so it’s his now.”

Glover’s move to the ninth inning will leave  Shawn Kelley and Blake Treinen in setup roles. Glover already had three saves this season in 16 games to go with a 2.57 ERA and a 1.00 WHIP. He has been underscored upon in his last five outings.

Even with Glover moving into the closers role the Nationals are expected to be buyers for a late inning releiver/clsoer at the trade deadline. Rumors will continue to swirl around David Robertson of the White Sox but other options include Kelvin Herrera, Pat Neshek and Tony Watson.