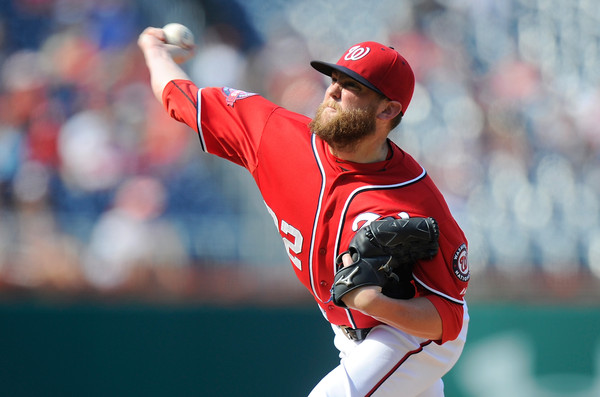 The Blue Jays and Nationals completed a trade on Saturday. Reliever Drew Storen will be heading to Toronto while outfielder Ben Revere heads to Washington.

Storen became expendable last July when the Nationals made a trade at the deadline to acquire Jonathan Papelbon from the Phillies. The move was met with questions across the fanbase and the league as the 28-year-old Storen had performed well as the teams closer. He owns a 3.02 ERA and a 1.13 WHIP in 334 big league innings.

The Blue Jays bullpen is still a work in progress. Storen could play anywhere from setup man to closer. He will compete with Roberto Osuna for the ninth inning duties this spring.

Revere, 27, helps fill the Nationals outfield. Last season Revere hit .306/.342/.377 while being successful in 31 of 38 steal attempts. Arbitration eligible this year, he is under team control though 2017.