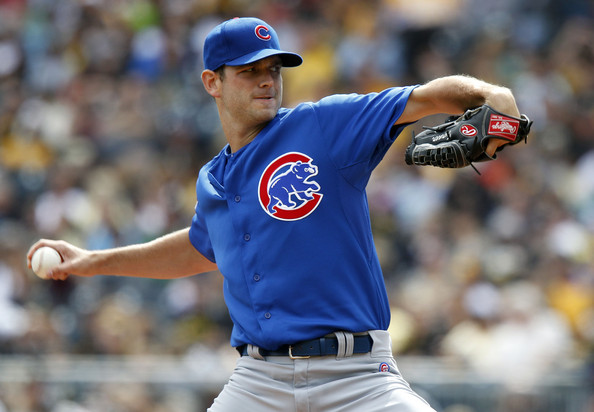 In terms of free agents, Jacob Turner hardly ranks high on the list of signings this offseason however the 24-year-old will head to spring training looking to claim a rotation spot for the Chicago White Sox.

Turner was not tendered a contract a few days ago by the White Sox but he re-signs with the team on a one-year deal worth $1.5 million. Once the 15th overall prospect in all of baseball, Turner pitched just a pair of minor league starts for the Chicago Cubs last year while dealing with a right flexor strain and a bone bruise.

“We feel very good about where he is from a health standpoint right now and where he is in his offseason program,” Hahn said. “We think he could provide us with another opportunity in the rotation come Opening Day. If, for some reason, that doesn’t work out or we go a different direction, then we do think he has the strong potential to help us out of the bullpen as well. It’s a guy who we have targeted for a while and now that he is healthy, we’re happy to have him and he will be very much in the mix for a spot on the roster.”

Hahn is hoping the White Sox catch some lightning in a bottle by bringing Turner in. Back in 2013, Turner was 3-8 but had a 3.74 ERA in 20 starts for the Miami Marlins, leaving hope that there is still something in his right arm.

Barring any surprising moves, the White Sox will enter 2016 with Chris Sale, Jose Quintana, Carlos Rodon and John Danks locked in to rotation spots. Erik Johnson put together an impressive six start stretch to finish out last season and will be in a group of pitchers like Turner looking to fill out the rotation.

Turner’s ceiling is limited as he is the low strike out, a high walk pitcher who at-times takes his licks but since he’s only costing the team $1.5 million and is still young this is a risk more than worth taking for the White Sox who aside from a host of players over producing next season are destined for another finish near the bottom of the AL Central.