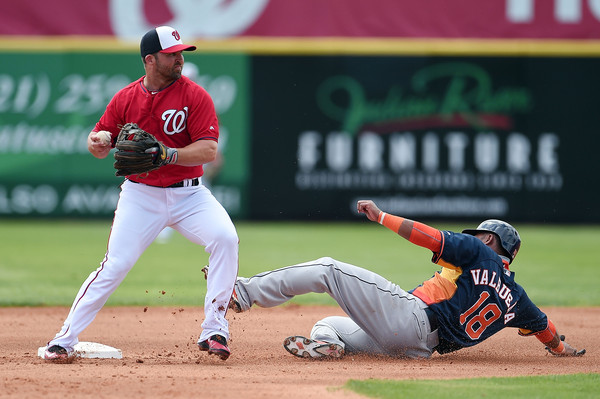 Dan Uggla is starting at second base for the Washington Nationals in their Opening Day match-up against the New York Mets.

With Anthony Rendon out with a knee injury, the door was opened for Uggla to get some early playing time. He followed up a poor season with a strong spring and may be able to catch fire early for the Nationals.

No contract progress with Jordan Zimmerman

The Nationals have still not been able to work out a new contract with starting pitcher Jordan Zimmerman.

There had been a deadline of Opening Day for the two to work out a new deal so it is assumed that talks will now be tabled.