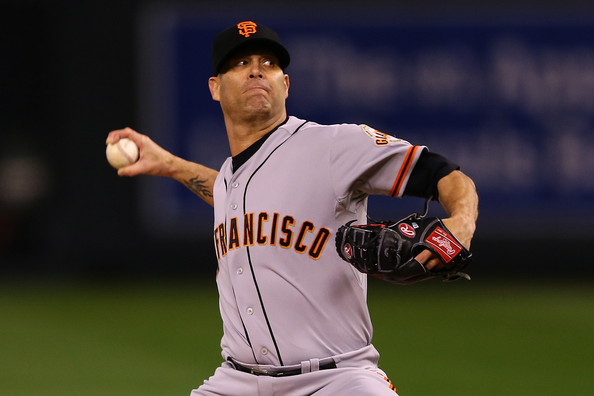 Tim Hudson leaning towards retirement after 2015

Hudson told CSN Bay Area that he has thought about retirement multiple times since Game of the World Series. He is expecting the upcoming season to his his 17th and final.

“I’m definitely leaning that way, for sure,” he said Friday.

Hudson, like many others, did leave the door open to return if he was feeling healthy and playing well. He had bone chips removed from his right ankle in January and is a little behind his normal offeason schedule.

The ankle was an issue for Hudson in the second half of the season and later he dealt with a hip issue.

“The timing wasn’t great, but I’m glad it’s fixed,” Hudson said of his nagging injuries. “I’m looking at it as getting ready for Opening Day and the start of the year, not necessarily the start of spring training. Whether that’s two or five [spring training starts], I really don’t know. It’s an arm thing now. I’ve got to get my arm in shape.”

The Giants will be patient with Hudson and fellow right-hander Matt Cain. Curently the team also has With Madison Bumgarner, Jake Peavy, Tim Lincecum, Ryan Vogelsong and Yusmeiro Petit all signed. Petit and either Vogelson or Lincecum figure to end up in the bullpen if all goes well for Cain and Hudson.