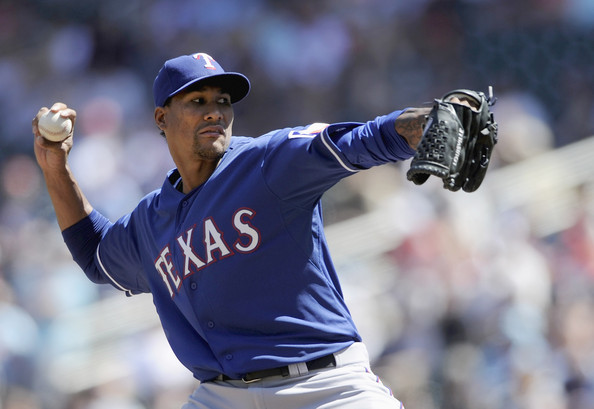 Shoulder issues have plagued pitcher Alexi Ogando for the past two seasons.

The Rangers made a decision to non-tender Ogando and while the right hander would love to land a big league contract teams have been scared off by the shoulder concerns.

According to Nick Cafardo of the Boston Globe one American League executive said that Ogando’s shoulder “don’t look great.”

The 31-year-old has started and relieved across his five year career. Overall he is 28-16 with a 3.35 ERA and a 1.19 WHIP. If Ogando lowers his asking price there will be a few teams who line up to sign him.