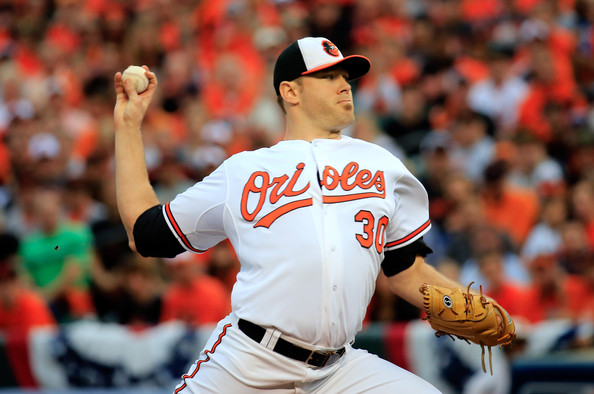 HomeNewsOrioles and Chris Tillman have interest in extension
News

Orioles and Chris Tillman have interest in extension

The Orioles and starting pitcher Chris Tillman have mutual interest in a contract extension.

Tillman, 26, is arbitration eligible for the first time this winter. He will not be able to hit free agency until 2018 but tht has not stopped the two sides from expressing interest in a contract extension after the right hander has gone over the 200 innings mark in each of the last two seasons. Tillman had a 29-13 record with a 3.52 ERA and 1.23 WHIP over that span.

“There are a few candidates for that,” general manager Dan Duquette said via MASN. “We haven’t spent much time on that, but contract discussion is always a good time to explore that.”