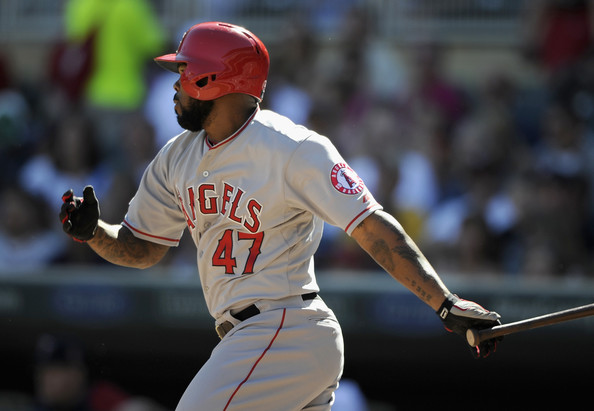 The Dodgers have acquired second baseman Howie Kendrick from the Angels.

In picking up Kendrick from the Angels, the Dodgers will send Andrew Heaney to the Angels. Heaney was picked up from the Marlins earlier in the day in a deal for infielder Dee Gordon and pitcher Dan Haren.

After some early confusion, Bill Plunkett of the OC Register reports that the Dodgers will send only Heney and not catching prospect AUstin Barnes.

Correction — Austin Barnes not in deal with #Angels. Heaney for Kendrick.

The Angels are now in the market for a second baseman. Meanwhile the Dodgers are said to be closing in on a deal with pitcher Brandon McCarthy who would take the place of Haren in the rotation.