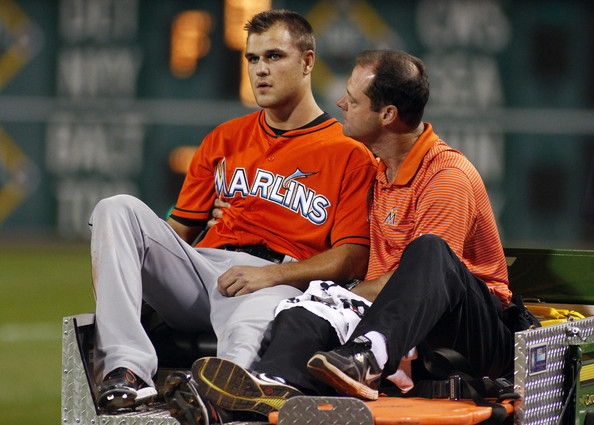 Dan Jennings taken to hospital after taking liner to head

Miami Marlins relief pitcher Dan Jennings was taken to a hospital in Pittsburgh after taking a line driver off his head.

Jennings, 27, was carted off the field after taking a liner to the left side of his head. More will be known after Jennings is evaluated at the hospital.

#Marlins Dan Jennings has been taken to a local area hospital where he will undergo further evaluation.

The loss of Jennings would be a significant blow to the Marlins bullpen. In 38 games this season the left hander owned a 1.03 ERA and a 1.49 WHIP.