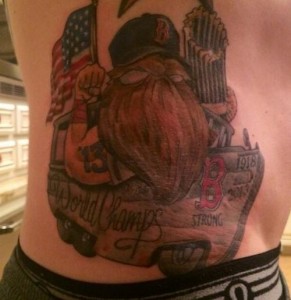 Napoli tweeted the photo with the caption, “How sick is this?”and urged followers to guess who the tattoo belonged to before ultimately spilling the beans.

The tattoo includes pretty much sums up the 2013 season for the Red Sox, what do you think of it?