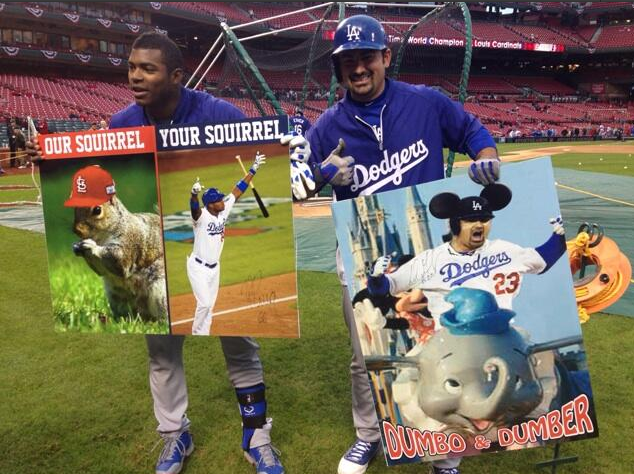 After St. Louis Cardinals pitcher Adam Wainwright made unflattering comments about the Dodgers saying that Adrian Gonzalez was doing “Mickey Mouse stuff” and took exception with the celebration of Yasiel Puig on a triple two batters later.

On Friday some fans in St. Louis made some clever signs poking fun at the pair of Dodgers. 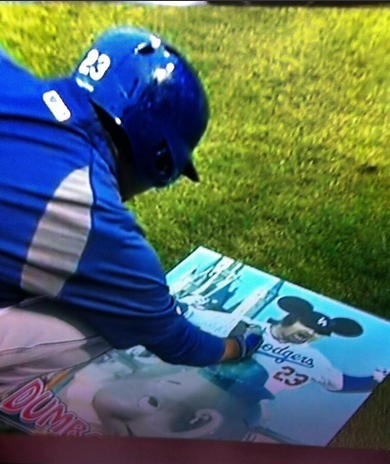 But of course Gonzalez and Puig were not offended by the signs, they enjoyed them and took photos with them.