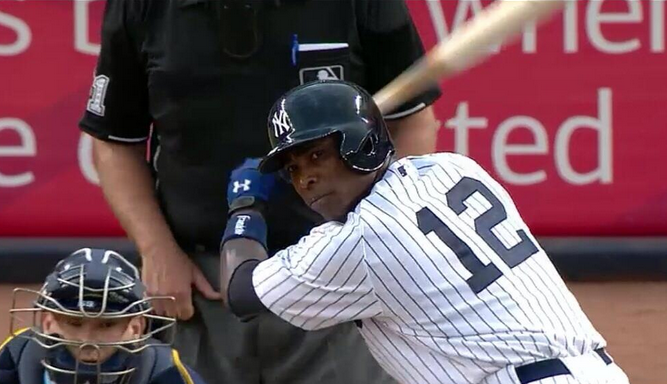 The return of Alfonso Sorinao to New York did not go as planned. Soriano had plenty of chances to do damage against Tampa Bay but managed a lone RBI.

Soriano, 37, was acquired by the Yankees early Friday and thrust into the cleanup role.

In his first game with the Yankees Soriano finished 0-for-5 with an RBI and run scored. The Yankees fell 10-6 to Tampa Bay. The Yankees had Soriano playing left field on Friday night and he figures to see regular at-bats there until Curtis Granderson returns. He also should see time at DH in place of Travis Hafner.

Soriano hardly put up numbers in his time with the Cubs this season hitting just .254 with 17 home runs in 93 games but the Yankees are gasping for straws at this point as further evident by Lyle Overbay hitting fifth tonight.