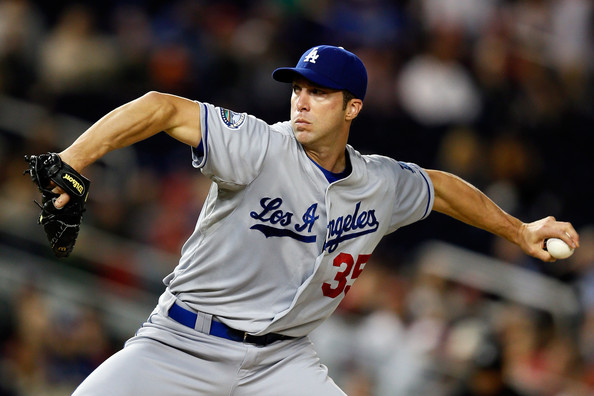 If Chris Capuano had any trade value he has done a great job of destroying it in the early days of spring training.

The Los Angeles Dodgers have eight starting pitchers on their current roster, three more then the standard rotation. A trade would be the most logical way to trim the Dodgers rotation down but the players the Dodgers want to trade are the least desirable.

One player the Dodgers have been shopping in recent weeks is the 34-year-old Capuano. Capuano pitched well for the Dodgers last season making 33 starts and finishing with a 3.78 ERA and a 1.22 WHIP but the team has added plenty of players since then.