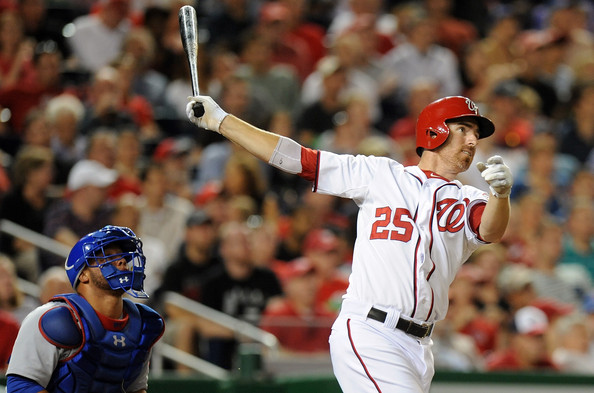 Adam LaRoche held out hoping that some team would give him a three year contract. It never happened. On Tuesday the 33-year-old re-signed with the Washington Nationals on a two-year deal.

While LaRoche attempted to generate interest in free agency it was widely assumed that he would eventually return to the Nationals. The Washington Times reports that LaRoche will make $10 million in 2013 and $12 million in 2014. There is also a mutual option for 2015 which includes a $2 million buyout. In total LaRoche will earn at-least $24 million.

With the signing of LaRoche the Nationals figure to offer Mike Morse to other teams in hopes of acquiring relief help.