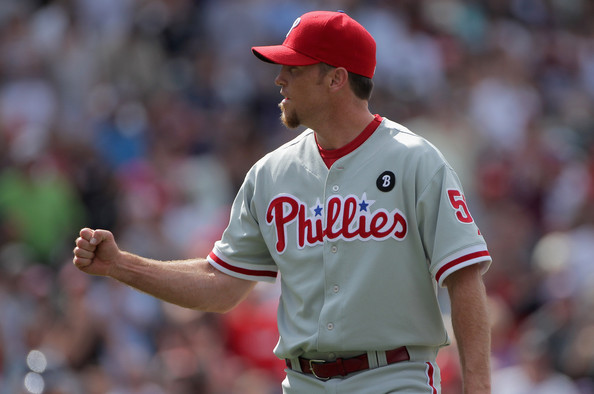 Brad Lidge is retiring. Lidge who earned the nickname “Lights Out” during his playing days will not pitch in 2013.

The former closer of the Houston Astros and Philadelphia Phillies informed his agents that his time in the big leagues was over according to CBS Sports. After spending last season recovering from another injury the once star closer decided that he wanted to have more family time.

While Lidge struggled to remain healthy late in his career there was a time in which he was nearly un-hittable. Lidge was a two time All-Star who made two appearances in the World Series.

In 2008 he struck out Erik Hinske for the final out in to help the Phillies win the World Series. That post season he was a perfect 7-for7 after going a perfect 41 for 41 during the regular season.

Lidge signed with the Washington Nationals for the 2012 season but after going on the DL with an abdominal strain the team released him over the summer. That marked the end of the line for Lidge.

The right-hander began his career with the Astros, who picked him 17th overall in the 1998 First-Year Draft out of Notre Dame.