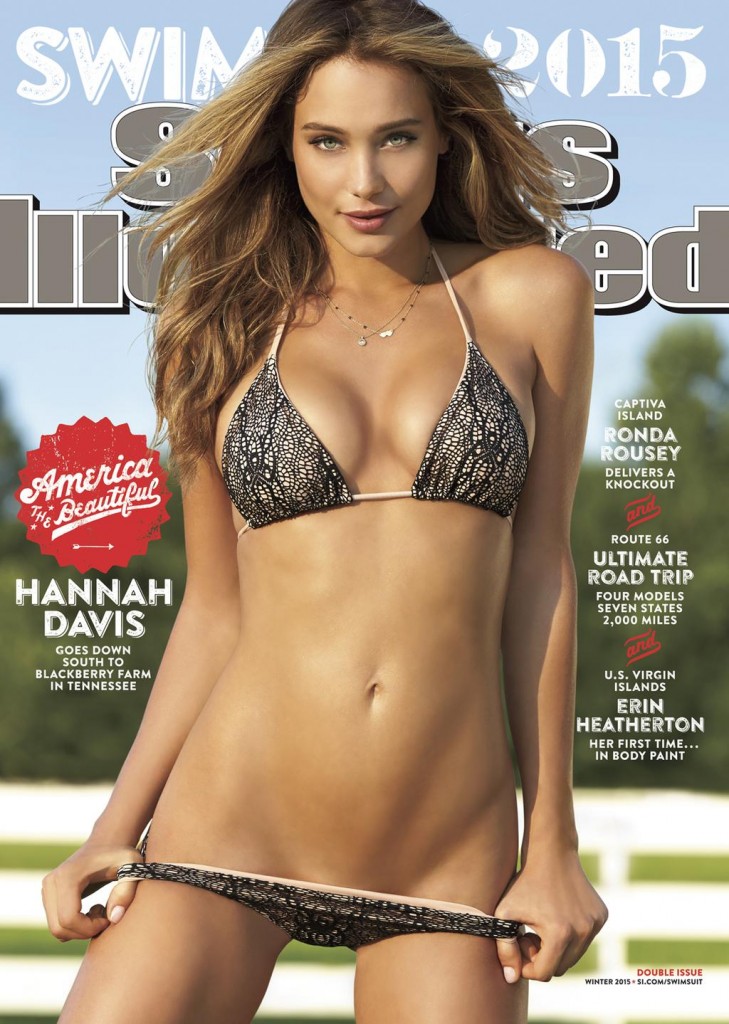 Hannah Davis is the 44th different model to appear on the Sports Illustrated Swimsuit cover.

Davis, also know in sports circles as the girlfriend of former Yankees shortstop Derek Jeter, appears on the cover after previolsy being on the inset in 2013 edition which featured Kate Upton on the cover.

Also this year Ashley Graham becomes the first plus-sized model to appear in the magazine.

While it has become harder and harder to sell printed media, SI still finds success with this yearly gem.

Donald Trump held another coronavirus briefing on Wednesday and during the question and answer session one reporter asked the...
news

The USA women's national soccer team sure knows how to turn social media on its head. Alex Morgan scores a...
news

SUMMERFIELD, Fla. (AP) — Florida authorities have recovered a hot air balloon stolen from its owner in Indiana. The Marion...