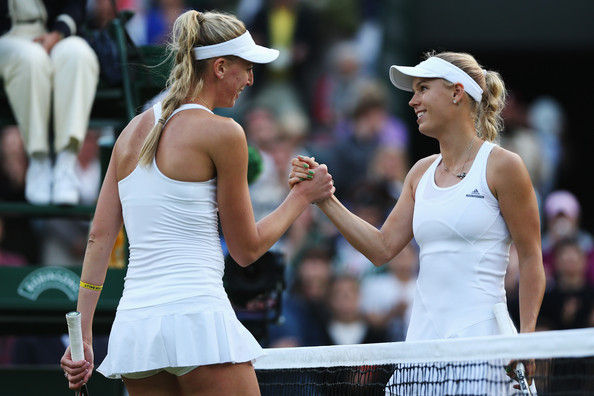 Women tennis players at Wimbledon are competing without bras.

The long standing all white dress code of Wimbledon also applies to undergarments which may become visible during perspiration.

In a letter sent prior to the tournament beginning tournament referee Andrew Jarrett said: “Undergarments that either are or can be visible during play (including due to perspiration) must also be completely white and contain no more than 1cm of coloured trim.”

One could sum it up to rules are rules but others including 1987 champion Pat Cash believes its time to change them.

“Some of the girls have been told to go back and change their bras and tops because they had slight colour on them,” Cash said on BBC 5 Live.

“I believe some of the girls didn’t have suitable sports bras and had to go without them. It has absolutely gone ridiculous. It’s archaic thinking.”