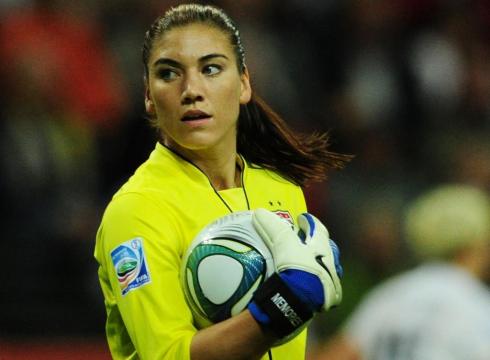 Appearing in Kirkland Municipal Court, Solo was released after a judge told her to not consume alcohol reports the Seattle Times.

A pretrial hearing has been scheduled for Aug. 11.

Charging documents say that Solo was arrested after police responded to a 911 call about a woman hitting people and refusing to leave a residence. Officers reported that Solo was intoxicated and upset when they arrived.

Solo’s nephews t-shirt was torn and he had scratch marks on his arms and was bleeding form one of his ears. Statements from the nephew suggest that Solo and husband Jeremy Stevens had been fighting prior to Solo arriving.

The fight initially started when the nephew talked about being an athlete and Solo told him that he was  “too fat and overweight and crazy to ever be an athlete.”

A fight between Solo and her nephew started when the boys mother attempted to pull Solo off. Solo then punched her in the face.

At that point the boy broke a broom over Solo’s head and pointed a BB gun at her.

The Reign released a terse statement Saturday on the late-night arrest: “We are aware of the situation regarding Hope Solo and are currently gathering information. We have no further comments at this time.”