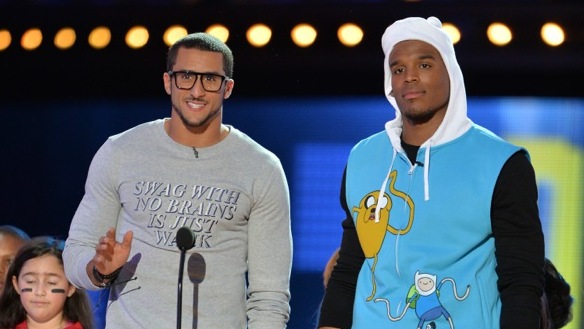 Cam Newton and Colin Kaepernick attended Comedy Central’s Hall of Game Awards and its safe to say even they knew their performance was uh… yea they are both good on the football field.

And for some football news:
Kapernick is hoping to get a new deal this offseason but does not want it to hurt the 49ers. Newton says he holding out for a new deal is not an option.