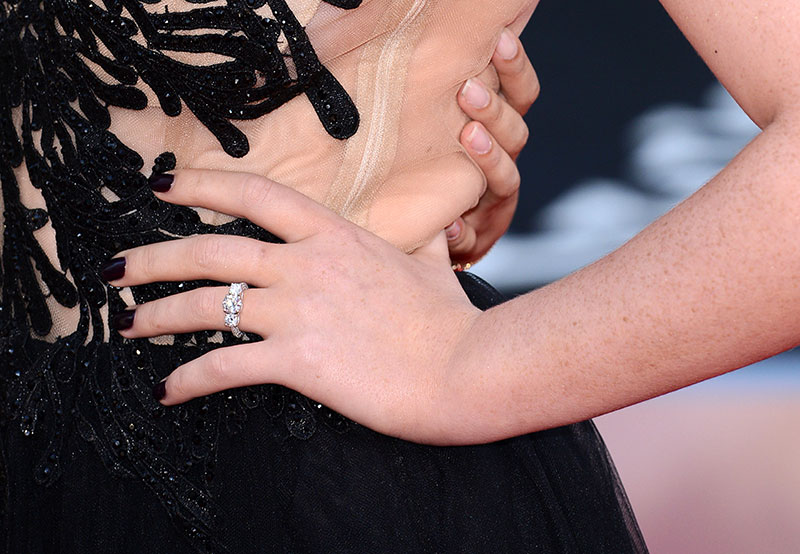 Zayn Malik from the hot boy band One Direction has put a ring on it, according to reports that surfaced when his longtime girlfriend Perrie Edwards from Little Mix was spotted with a diamond on her ring finger Tuesday night at London’s premiere of “One Direction: This Is Us.”

A representative for One Direction confirmed the rumors to MTV News saying, “Zayn and Perrie are engaged, but any further detail regarding their relationship is private.”

According to Edward’s mother, the couple got engaged on Sunday she dished to UK’s Real Radio, “Yes, it is. It’s true. They got engaged on Sunday and it was absolutely lovely,” she said. “It’s wonderful because Zayn is absolutely gorgeous and Perrie loves him to pieces, so it’s just perfect. They just get on so well together and they understand each other, so it’s just fabulous.”