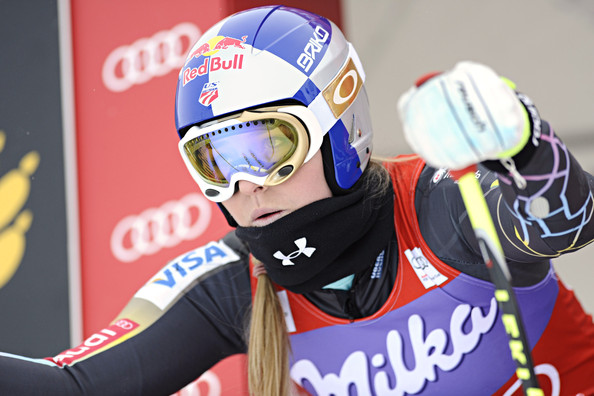 Lindsey Vonn is heading back to the United States citing illness. According to U.S. women’s coach Alex Hoedlmoser, Vonn’s heavy schedule has not allowed her the time to recover from last months intestinal illness.

“She’s going home for now,” Hoedlmoser said. “We’ll have to see when she’s ready. It’s a little bit unknown, but the plan is to get her back strong. … With the way the schedule has been and all the travel she just hasn’t had a chance to get back to strength. We want her back at full strength.”

It is possible that Vonn will not race again until January Hoedlmoser said. “It depends how she’s feeling and exactly what her condition is.”

Vonn fell in the downhill event on Friday. She fell again during the giant slalom on Sunday.

Immediately after Sunday’s race, Vonn posted a note on Facebook: “Hit a rock on my left ski in the GS and skied off course…struggling to find the energy I usually have…going to think hard over the next few days about my plan for the coming weeks and how to get strong again. Trying to stay positive. Now I’m packing up the Audi and heading to the airport.”

Last week Vonn revealed to People Magazine that she struggled with depression in 2008.