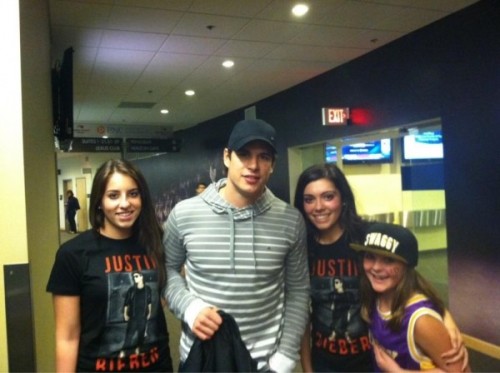 With the NHL locked out there is a lot of free time for the leagues players. Apparently times have gotten desperate though. Pittsburgh Penguin star Sidney Crosby was spotted at a Justin Bieber show.

While Beiber was at the Consol Energy Center in Pittsburgh so was “Sid the Kid.”