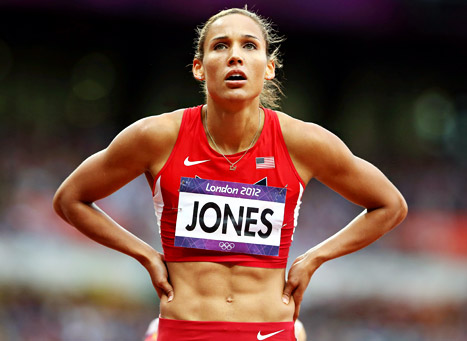 Lolo Jones says she was just responding to a challenge to a race and it seems that is true. However, you can not help but laugh a bit about her reaction when she finds out that the man who challenged her, former NFL player Eric LeGrand, is now a quadriplegic.

LeGrand suffered a severe spine injury in October of 2010 when playing for Rutgers. He later signed a ceremonious contract with the Tampa Bay Buccaneers. Greg Schiano was his head coach at Rutgers and was the Buccaneers coach who signed him.

His twitter profile says he is “bELieve 52, Defensive Tackle for Tampa Bay Buccaneers, Out here trying to inspire the world.. ”

The exchange can be seen below but I’m guessing the race will not happen now. 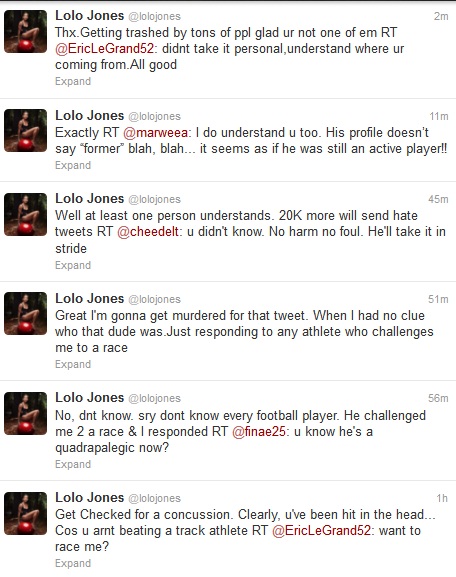