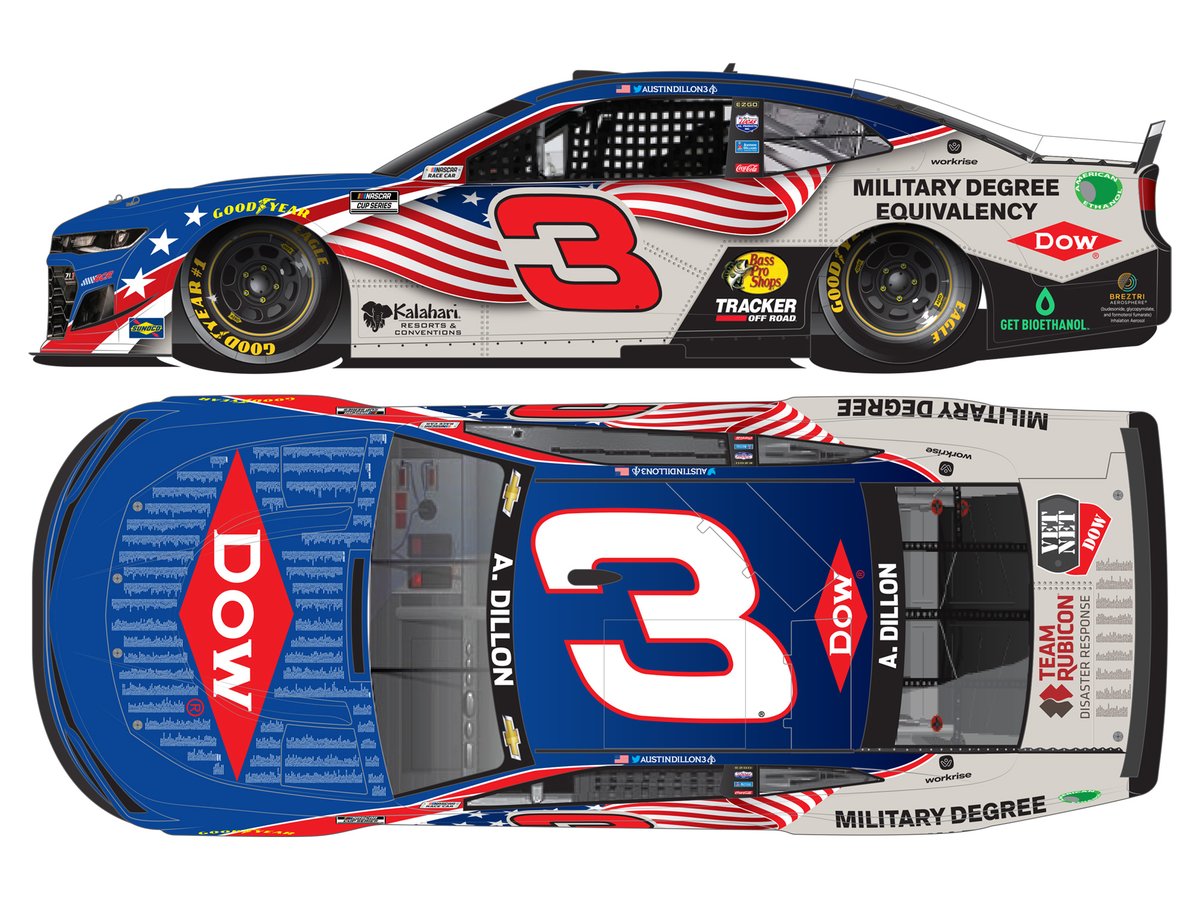 “The Dow Salutes Veterans paint scheme has become a staple of RCR’s relationship with Dow and one of my favorite programs of the year,” said Dillon. “These veterans and active-duty military are true heroes, and it really means a lot that Dow gives us the opportunity to recognize their service and dedication each year.”

This year’s No. 3 Dow Salutes Veterans Chevrolet features Dow’s commitment to the service and skills that veterans bring to the workforce with a special nod to Dow’s Veterans Resource Group (VETNET) and Military Degree Equivalency (MDE) program, which provides an opportunity for individuals with extensive military background to bring their broad scope of training and education, experience in leadership, and understanding of performing in high pressure situations into a successful career at Dow.

“Dow employees are the face of diversity at the company,” said Rich Wells, Dow Vice President of Operations, US Golf Coast. “The perspective that our veterans bring reflect the rich depth of experience and backgrounds that make Dow a world leader in science and technology, and it is tremendous to be able to honor their service and sacrifice through our partnership with RCR.”

2021 marks the seventh consecutive year that Dow has partnered with RCR to honor U.S. Military veterans. The program began with just over 350 veterans in 2015 to more than 1,900 this year. Several RCR employees and family members’ names are represented on the car, including RCR President Torrey Galida, who served as an intelligence officer in the Navy from 1984-1990.

“The Dow Salutes Veterans program has grown each year because of Dow’s commitment to the virtues of military service and NASCAR’s patriotic fan base,” said Galida. “It’s remarkable to see all of the names on the No. 3 Dow Chevrolet and to watch the impact this program has made over the years.”

This year’s program also highlights Dow’s relationship with Team Rubicon, a veteran-led disaster response organization that has been instrumental within Dow.

“Team Rubicon is thrilled that our veteran volunteers get to ride with Richard Childress Racing and Austin Dillon this July 4th,” says Art delaCruz, incoming CEO of Team Rubicon. “In 2010, our Co-Founder, Jake Wood, saw an unparalleled skillset unique to our nation’s veterans and we’re proud to partner with Dow in its commitment to recognize and elevate this incredible group of men and women.”

Watch Austin Dillon and the No. 3 Dow Salutes Veterans Chevrolet in the Jockey Made in America 250 presented by Kwik Trip at Road America live on NBC on Sunday, July 4 at 2:30 p.m. ET. 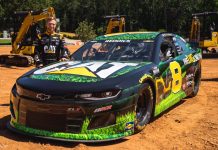 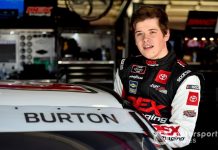 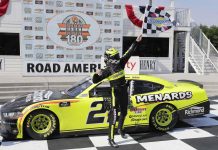