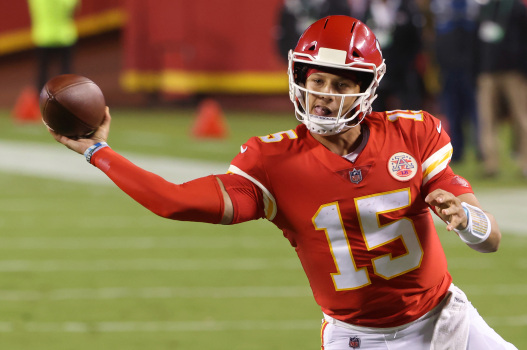 Sunday’s match-up between the Buccaneers and Chiefs will feature two quarterbacks who have helped defined the position over the last 20 years.

Tom Brady and Patrick Mahomes. Buccaneers and Chiefs. It’s a game which will capture eyes. In one corner you have Brady who is referred to as the GOAT at his position, in the other it’s Mahomes who seemingly cannot be stopped and could well be on his way to claiming the same moniker.

If you are going to use Megapari you will want to know the odds. Entering the match-up the Chiefs are a 3.5 point favorite. The over/under for Sunday’s 4:25 pm ET game is 56.

The overall numbers from Tom Brady’s first year in Tampa have squelched talk of the quarterbacks demise after leaving the Patriots. Brady, a six time Super Bowl champion and three-time NFL MPV, has already passed for 2,955 yards this season with 25 touchdowns but more importantly he has the Buccaneers in the playoff picture again.

Suffering a loss on Monday against the Rams has taken a little of the shine off the Buccaneers but at 7-4 they remain one of the best teams in the NFC.

A year ago it was Patrick Mahomes who got to hoist the Super Bowl trophy over his head, after 10 games the Chiefs are 9-1 and looking like the force to beat in the AFC. Mahomes led the league with 50 touchdown passes in his first season as a starter in 2018 claiming MVP honors. A year later he won the Super Bowl. Could his third year as the starter result in both? Mahomes is no doubt in the MVP picture and when fans talks about the award it often comes down to the question of who else is in the picture. 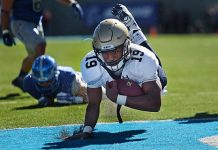