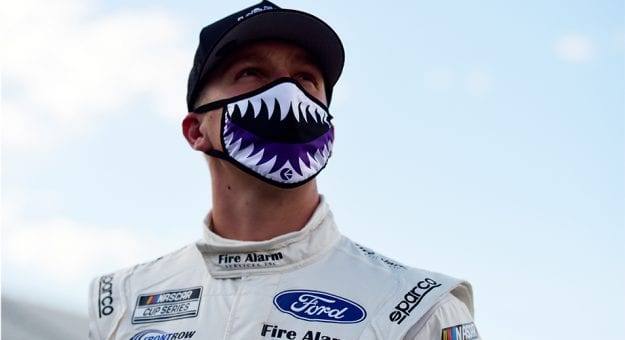 On Monday, Kyle Busch Motorsports (KBM) announced that it had added John Hunter Nemecheck to its list of drivers.

Nemecheck, 23, will drive the No. 4 Toyota in the NASCAR Camping World Truck Series in 2021.

The move comes as Nemecheck announced his decision to leave Front Row Motorsports after his rookie season in the NASCAR Cup Series. Nececheck scored three top-ten finishes in the No. 38 Ford but the move to allign himself with KBM was something the young driver could not pass up.

“It definitely was a tougher decision, for sure, trying to weigh out the pros and cons of each one of them,” Nemechek said. “But when it comes down to it, I’m a competitive guy. I want to show up to the race track every single weekend and have a shot to win. Definitely, I learned a lot and gained a lot of knowledge. … I’m looking forward to kind of coming back, even though it is somewhat taking a step back, but at the same time you have to look at the positives. We’re here to win races.”

Nececheck has six career wins in the truck series.

Austin Hill will make his NASCAR Cup Series debut this weekend at Michigan International Speedway when he gets behind...
NASCAR Truck Series

Chase Elliott will start on the pole for Sunday's NASCAR Cup Series race at Atlanta Motor Speedway after win...