Warning: Use of undefined constant TDC_PATH_LEGACY - assumed 'TDC_PATH_LEGACY' (this will throw an Error in a future version of PHP) in /homepages/1/d200405040/htdocs/tireball/wp-content/plugins/td-composer/td-composer.php on line 107
 WATCH: Ariana Grande Forgets Words to ‘Right There’ While Performing on Stage | Buzz Hot Celebrity, Music, Movie News, Rumors and Gossip
TRENDING
Navigate
Categorized as
15307
Tagged as
Ariana Grande
Related 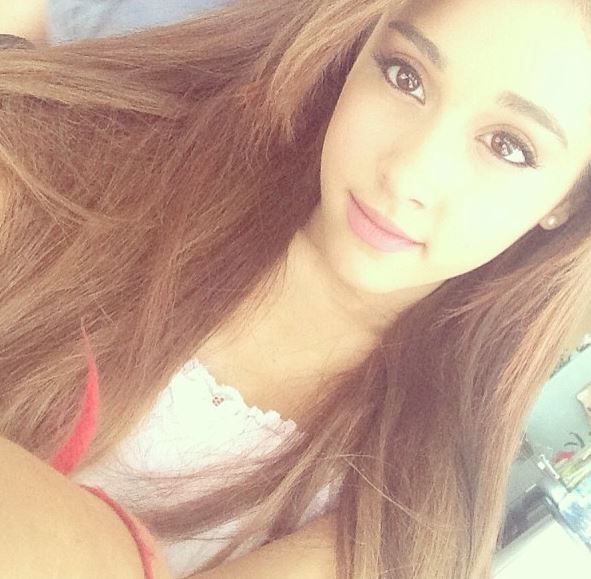 Ariana Grande forgot the words to her brand new single ‘Right There’ during a live performance on September 30, 2013. Grande repeatedly apologized to fans after forgetting the lyrics twice before she had to get up and have someone pull up the song lyrics for her!

Ariana made an appearance on AMP Radio this week to perform the track ‘Right There,’ lifted from her debut album ‘Yours Truly’ which topped the Billboard charts last month.

Halfway through the song, Grande burst into giggles, admitting that she messed up the lyrics. “Wait hold on, can we start from the second verse again? I just spent 20 hours shooting the video to this song yesterday, how could I not know the words right now,” Ariana told the audience.

WATCH ARIANA FORGET HER SONG LYRICS TO ‘RIGHT THERE’

Ariana picked up the song again after her giggles cleared, when she forget the lyrics again! “I did it wrong again! How does the second verse start? No one knows the words either?!” Grande said.

just forgot the words to Right There on stage

Rumor is that she was thinking a little too hard about her boyfriend Nathan Sykes while singing the song,“I get butterflies! Oh my God, I can’t believe it. Here we go, it never happened!” Ariana said and was able to finish the song, lyrics intact.