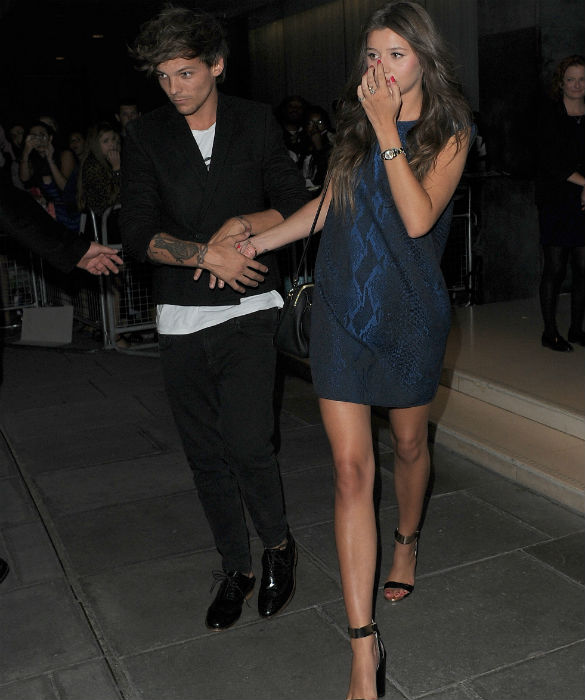 Breaking news in the 1D world as a new report has surfaced claiming that Louis Tomlinson wants to make it official with his girlfriend Eleanor Calder, 21.

The news may break a few hundred thousand fans hearts – but all we can say is AWW!

The next One Direction groom to be is Louis Tomlinson, as plans are in the works for him to propose to his girlfriend, Eleanor Calder!

Tomlinson and Calder have been talking about marriage in private for some time, a source close to Louis told the Daily Star.

“Louis and Eleanor are already practically engaged, really. They’ve  always been very open when it comes to talking about marriage, and often discuss what kind of wedding they’ll have. Now that Zayn and Perrie have got engaged, it’s naturally cropped up even more. So Louis thinks it’s time to make it official.”

Louis is the second 1D band member to take the next step and tie the knot, as bandmate Zayn Malik  proposed to his Little Mix girlfriend, Perrie Edwards on Aug. 18.

When Is Louis Tomlinson Popping the Question?

“In November, it’ll be two years since they fell in love, and he’s told pals he thinks it’d be a perfect time to properly ask her to marry him. He really wants her to know just how important she is to him.”

Louis plans to propose on November 17, on the couples two year anniversary! AWWW!

Congratulations to the two, for a life full of happiness and love!