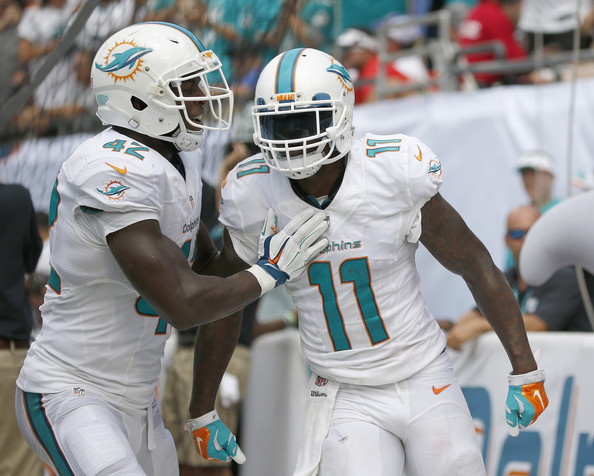 The impending divorce between the Miami Dolphins and wide receiver Mike Wallace has been clear for months.

This week Dolphins VP of football operations Mike Tannenbaum did not shed much light on the status of Wallace saying only that he was on the roster “for now.”

For now does not mean for the future.

With report Wallace is being shopped, Dolphins again non-committal on his future today. Tannenbaum told WINZ he's under contract "for now."

Wallace could be shopped by the Dolphins but his salary makes him a tough move. He signed a five-year $60 million deal just two years ago but has failed to be the big target receiver that the Dolphins thought he would be. He also has clashed with the Dolphins coaching staff and was benched in their season finale for not giving effort.

Wallace dropped to just 67 catches for 862 yards last season but did match a career high with 10 touchdowns. Just 28 someone will take a chance on him if the Dolphins are forced to release him.