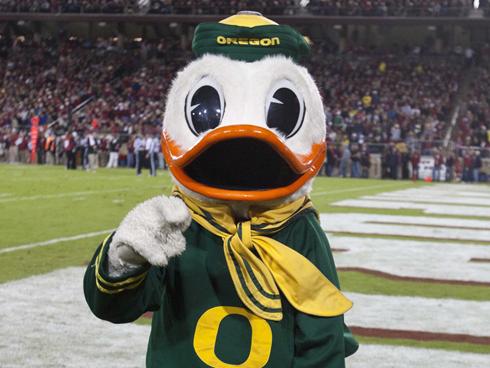 Oregon used a flurry of scoring in the second half to take care of Florida State in the Rose Bowl on Thursday.

With the win placing them in the National Championship game, some Oregon players took a moment to mock the Seminoles war chant with the phrase “no means no,” a shot at quarterback Jameis Winston and his alleged rape last year.

Below linebacker Torrodney Prevot and running back Kani Benoit can be seen chanting “no means no.”

Given the alleged crime – rape – it is not the best look for anyone involved.