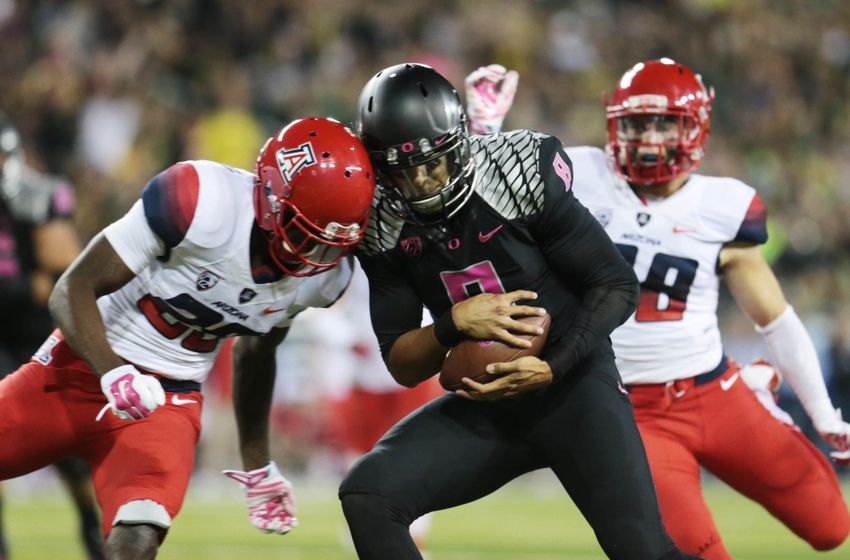 The Oregon Ducks won 11 games this year but they lost one. That loss came on Oct. 2 against the Arizona Wildcats. On Friday night they will look to avenge that loss while claiming the Pac-12 Championship.

After entering the season unranked it is quite a surprise to see Arizona (10-2) ranked No. 11 at this point. While they delivered a signature win over Oregon two losses in the Pac-12 to USC and UCLA have taken away their chances of being in the college football playoff.

Coverage of the game between Arizona and Oregon will air on FOX beginning at 9:00 pm ET from Levi’s Stadium in Santa Clara, CA.

The Odds: The Oregon Ducks are a 14.5 point favorite against the Arizona Wildcats. The over/under for this game is 72.5 total points.

Marcus Mariota is back in the Heisman talk this year and appears set to be a finalist as he broke a Pac-12 record with 48 total touchdowns – 36 passing, 11 rushing and one reception. Arizona enters this game knowing that putting the stop on him will be hard but keeping him in check is possible.