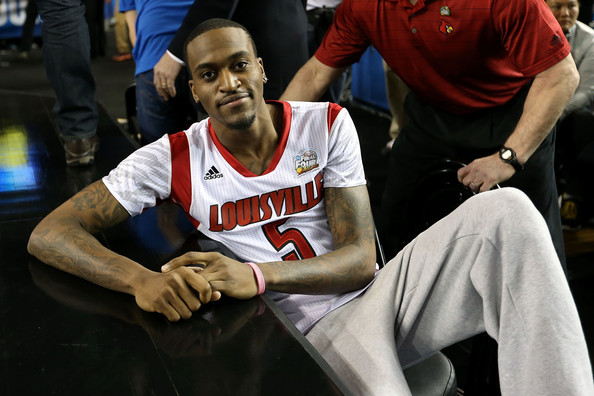 The Louisville Cardinals will soon welcome Kevin Ware to the court for a regular season game.

Ware has been out since suffering a broken right leg during the NCAA tournament in a game against Duke on March 31. While Ware played an exhibition game he was absent from the Cardinals as their season opener took place, a 70-48 win over the College of Charleston.

“He’s still limping a little bit,” Cardinals coach Rick Pitino said about Ware. “It’s noticeable. When he gets over that, he’s going to play. He’s probably two weeks away from playing.”