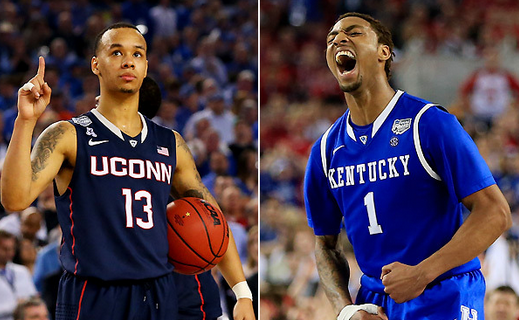 On Monday night from AT&T Stadium the Connecticut Huskies and Kentucky Wildcats will face off against one another for the right to call themselves the NCAA Men’s Basketball Champions for 2013-2014.

Few could have imagined a No. 7 seed in UConn and a No. 8 in Kentucky reaching the Final Four much less meeting one another in the Championship game in Arlington, TX.

These two teams will have tip-off take place around 9:10 pm ET with CBS carrying the coverage for the event.

Will it be UConn earning their fifth National Championship, and first under Kevin Ollie or will it be Kentucky winning their ninth?

The Kentcky Wildcats continued their run though the NCAA Men's Baskeball tournament again with the late heroics of Aaron...
ncaabb news