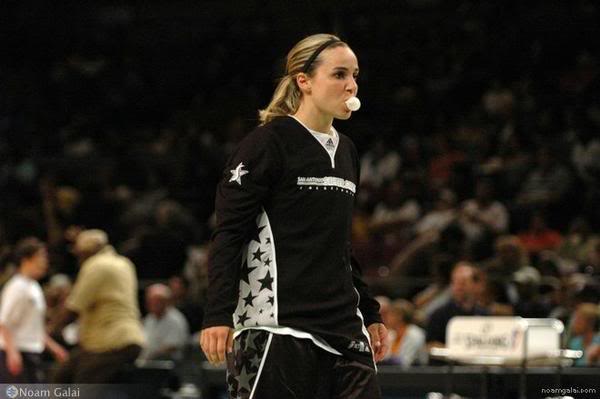 The San Antonio Spurs have a history of adding big names to their assistant coaching staff. On Tuesday they added another one in Becky Hammon.

Of course Hammon is different that anyone else hired by an NBA team, she is the first full-time female assistant coach in the history of the league.

A six-time WNBA All-Star the 37-year-old Hammon will join the team for the 2014-15 season. She spent 16 seasons in the WNBA and has played with the San Antonio Stars since the 2007 season.

“Having observed her working with our team this past season, I’m confident her basketball IQ, work ethic and interpersonal skills will be a great benefit to the Spurs.” said head coach Greg Poppovich in a released statement via NBA.com.

Lisa Boyer served as an assistant to Cavaliers head coach John Lucas during the 2001-2002 season, Additionally the Clippers also made former UCLA star Natalie Nakase an assistant in July.

Hammon is more than deserving of her new position, which she will take over once the WNBA season ends.