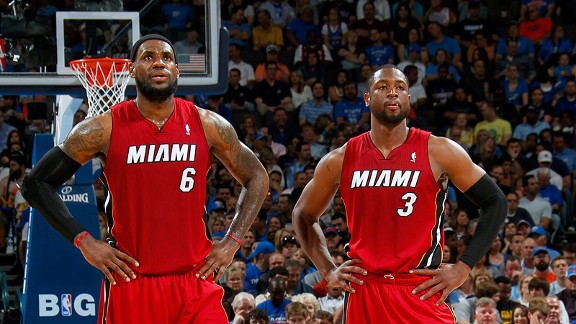 LeBron James and company could be breaking up. That’s if the latest report from Yahoo Sports’ Adrian Wojnarowski is true.

According to Wojnarowski, there has been “a breakdown in communication,” between the big three. “LeBron seems ready to explore market,” and reports have already circulated that his agent has made rounds in Houston, Cleveland, Dallas, Phoenix and Houston.

Says official who was part of meetings ESPN reported on: "There's clearly a breakdown in communication between LeBron and (Wade and Bosh)."

Others are in pursuit of James and the Heat are facing an uncertain future as they were already looking to upgrade their roster round James, Bosh and Wade.

If all of this is true, Wade would be the big loser here after he opted out of the last two years of his deal which would have paid him $41.5 million. He is expected to get a new four-year deal from the Heat worth round $12 million a season.