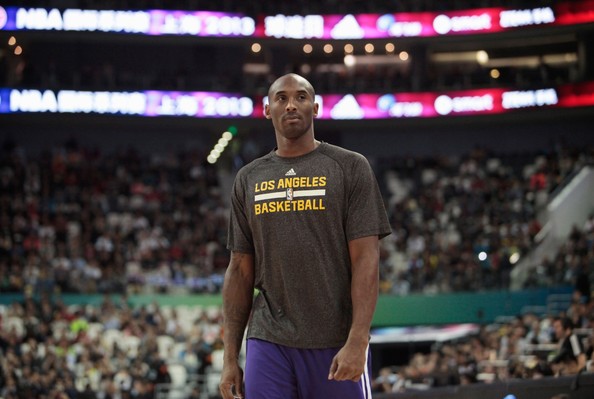 When the Los Angeles Lakers take the court on Tuesday for their season opener they will do so without Kobe Bryant. While no one has put a timetable on the return of the 35-year-old it will not be Tuesday against the Los Angeles Clippers.

When asked if Bryant would play Lakers head coach Mike D’Antoni responded “No,” and added “My God, I know he’s Superman, but my God. He hasn’t run yet.”

Thus far Bryant has not come close to practicing with the Lakers. His basketball activity has been limited to spot shooting during training camp.

One possible lineup for opening night for the Lakers is a Steve Blake, Steve Nash, Nick Young, Shawne Williams and Pau Gasol. That lineup took to the court in the Lakers final preseason games against Utah.

“He’s making progress and he’ll be back as soon as he can,” D’Antoni said, via ESPN. “No use worrying about it. You only worry about it when people don’t work hard or are not doing what they’re supposed to be doing. That’s not a problem.”