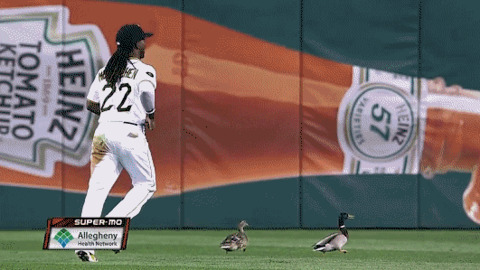 Hunter Pence welcomed the newest member of the San Francisco Giants to the team in the best way possible. He brought back that GIF of McCutchen chasing birds.

McCutchen was acquired by the Giants after what felt like forever and a day of rumors that indicated that the team was considering him, or Billy Hamilton or free agent Lorenzo Cain. The move could end up costing Pence some playing time but for now it appears there is only love to be shared as the Giants plan is to play McCutchen in center field.

Eager to chase birds with you in the outfield. Welcome to the @SFGiants , @TheCUTCH22 pic.twitter.com/r0tqawDgo0

Honestly, if you haven’t checked out Pence’s twitter it’s a good laugh. Pence finished last season with a .260/.315/.385 line, hitting 13 homers and driving in 67 in 134 games. The split stats marked the worst of his career.