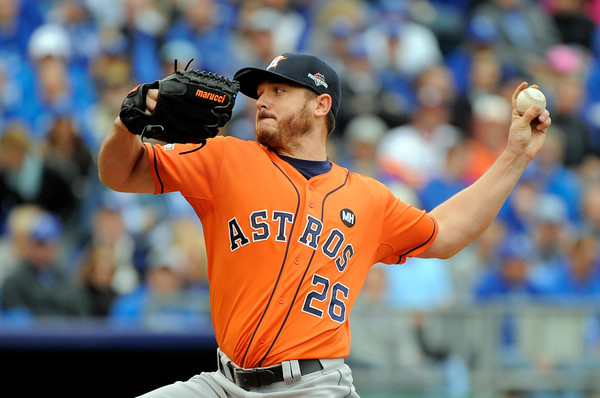 The Los Angeles Dodgers are looking at left handed pitcher Scott Kazmir as an option for their rotation. Mike Leake is also another option for the team.

Already the Dodgers have lost Zack Grenkie this offeseason and just earlier today reports broke that they were backing out of a deal for former Seattle Mariners pitcher Hisashi Iwakuma due to concerns about his pre-signing physical.

Kazmir himself is hardly the picture of health and unlike Iwakuma struggled to close out the 2015 season.

In addition to Leake, #Dodgers also on Kazmir, sources say. Told yesterday – even before Iwakuma news – they are not ruling out anyone.

Ken Rosenthal of FOX Sports reports that all options are on the table for the Dodgers at this point while Dylan Hernandez of the LA Times wondered if they could be trying to rework the deal for Iwakuma.

One has to wonder if the timing of this report has anything to do with the previous one. Could the Dodgers be pressuring Iwakuma and his agent to take a lesser deal while using Kazmir as leverage?