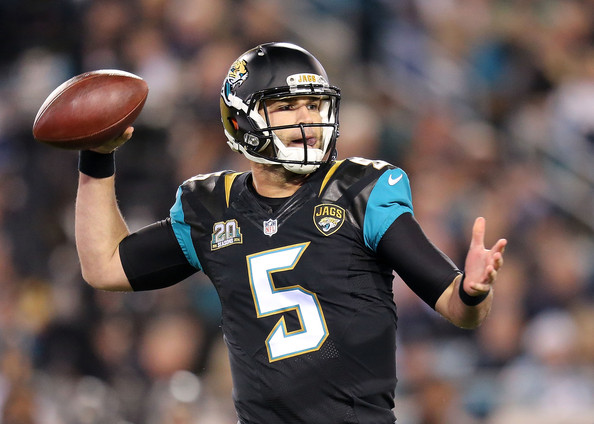 Blake Bortles is retired from the NFL. The former No. 3 overall pick of the Jaguars made the announcement on the Pardon My Take podcast on Tuesday.

Bortles, 30, made 73 starts for the Jaguars and was part of a 2017 squad that reached the AFC Championship game. One year later his struggles lead to his release.

While it looks like Bortles is content with retirement he did say he would return if someone threw crazy money at him.

After leaving Jacksonville, Bortles spent time with the Rams, Broncos, Packers and Saints. For his career he appeared in 78 games throwing for 17,649 yards, 103 touchdowns and 75 interceptions.