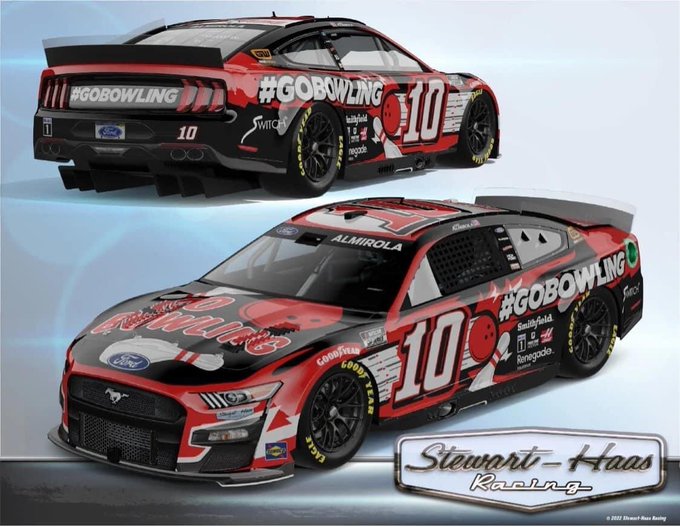 The No. 10 Ford driven by Aric Almirola will have a familiar sponsor this weekend as Go Bowling returns for the NASCAR Cup Series race at Watkins Glen.

Almirola and Go Bowling have been partnered since 2013.

In 10 NASCAR Cup Series starts at Watkins Glen, Almirola has five top-20 finishes with a best of 12th in the 2019 race.

On the season the 38-year-old Almirola has two top-five, and seven top-ten, finishes but would need a win in the final two weeks of NASCAR’s regular season if he is to make the playoffs.