Rossi and Grosjean get testy in Toronto warm-up 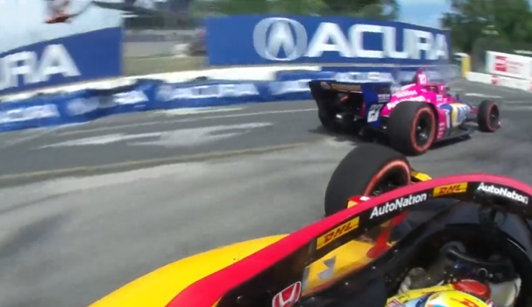 If Sunday morning’s warmup for the Honda Indy Toronto race is any indication two of the Andretti Motorsports drivers have already decided they will settle their ongoing rivalry on the track.

Alexander Rossi and Romain Grosjean found each other in the morning session ahead of Sunday’s race which is scheduled for 3:00 pm ET.

While the incident was not nearly as costly for either driver as their last encounter at Mid-Ohio it serves as a reminder that disagreeing drivers often find each other on the race track.