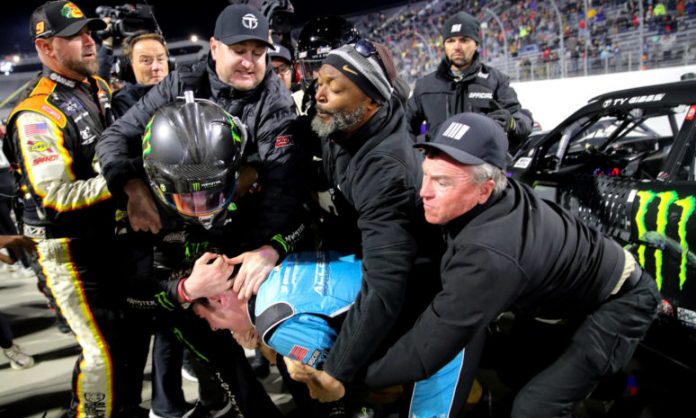 The biggest fine went to Ty Gibbs who was fined $15,000 for making contact with another vehicle on pit road after the race. Gibb’s fine falls under Behavioral Sections 4.3.A&E NASCAR Member Conduct; 8.8.8 Crew Member/Servicing.

Gibbs and driver Sam Mayer got into a fight on pit road following Friday’s Xfinity Series race at Martinsville Speedway.

There’s a FIGHT between Ty Gibbs and Sam Mayer!

Also being fined this week was Chris Gayle, Gibbs’ crew chief, who was hit with a $5,000 fine for lug nuts which were not properly installed on the No. 54 car.

Additionally penalties related to the ballast coming off the No. 2 car driven by Sheldon Creed were handed out with crew chief Jeff Stankiewicz, car chief Kris McCabe, and crew member Sam Bowers all being suspended for the next four races.