On Tuesday Spire Motorsports announced that Chase Elliott would drive the team’s No. 7 Chevrolet Silverado in Saturday’s running of the Pinty’s Truck Series Race on Dirt at Bristol Motor Speedway.

Elliott, a 13 time winner in the NASCAR Cup Series, has made 16 career starts in the Truck Series scoring three wins.

“Driving the No. 7 Chevy Silverado at Bristol this weekend is definitely something I’m looking forward to,” said Elliott. “These trucks always look like a lot of fun to race on dirt, and this team has had some great runs this year and put together a solid program in a short amount of time. I’m excited to see what we can go out there and do on Saturday night.” 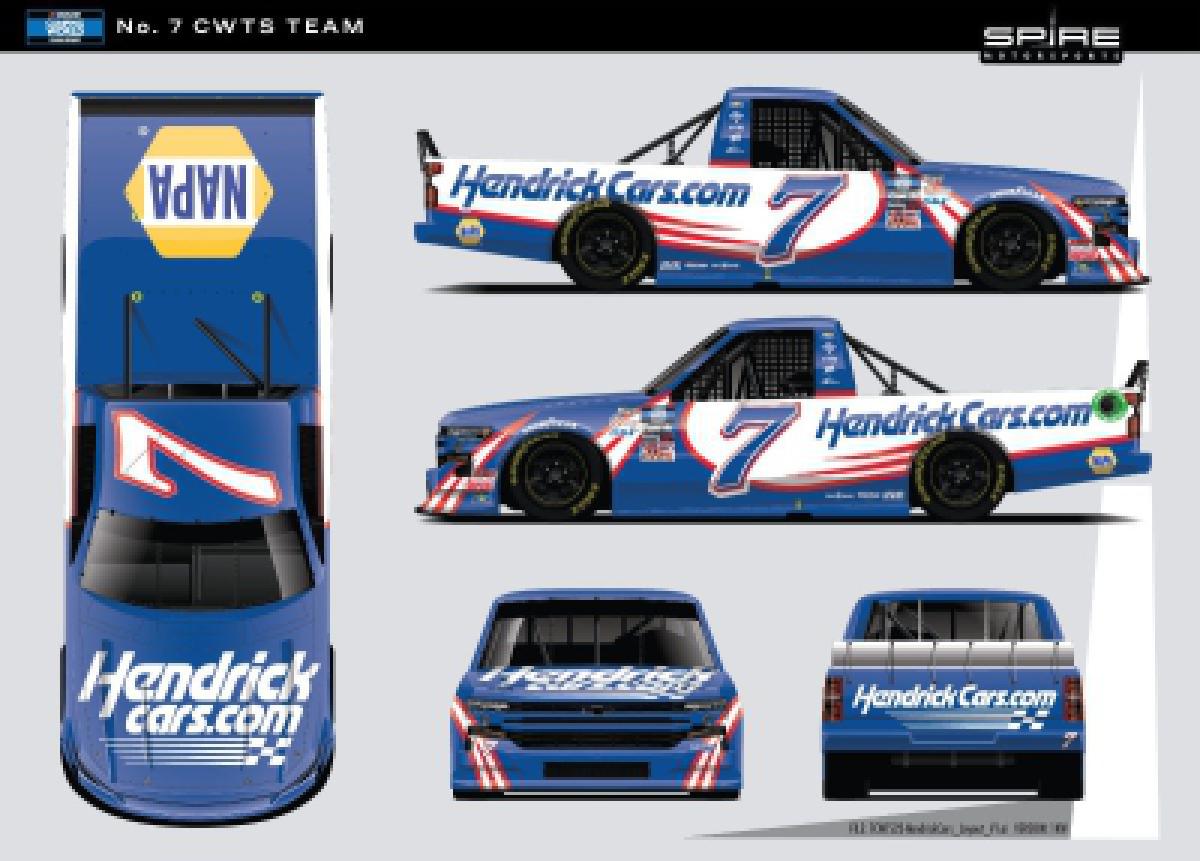 “The opportunity to have a talent the caliber of Chase Elliott, a NASCAR Cup Series champion, drive for Spire Motorsports at Bristol Motor Speedway, is an incredible opportunity for our NASCAR Camping World Truck Series team,” explained Spire Motorsports co-owner Jeff Dickerson. “Chase is a generational talent and someone who can win anytime he gets behind the wheel of a race car. He’s won at every level of the sport and we’re exceptionally fortunate and appreciative that he’s agreed to drive our truck.”

Elliott will be looking to duplicate his Hendrick Motorsports teammate William Byron who scored a victory in Thursday’s Blue-Emu Maximum Pain Relief 200 at Martinsville. Byron then followed that win up with one in the Cup Series on Saturday night.