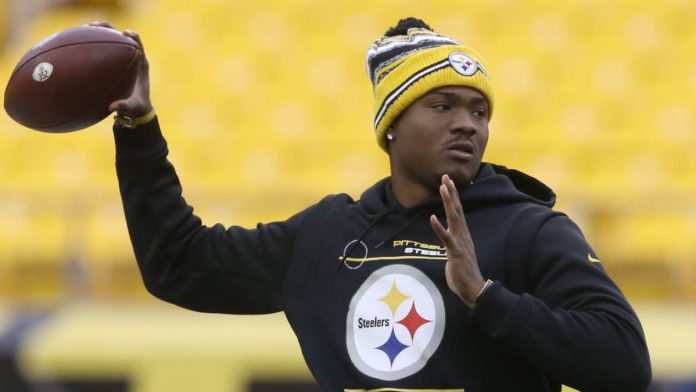 Steelers quarterback Dwayne Haskins killed after being hit by vehicle

“I am devastated and at a loss for words with the unfortunate passing of Dwayne Haskins,” Steelers coach Mike Tomlin said in a statement. “He quickly became part of our Steelers family upon his arrival in Pittsburgh and was one of our hardest workers, both on the field and in our community. Dwayne was a great teammate, but even more so a tremendous friend to so many. I am truly heartbroken.

“Our thoughts and prayers are with his wife, Kalabrya, and his entire family during this difficult time.”

Haskins, 24, was a standout at Ohio State before being selected with the 15th overall pick by the Washington Commanders in the 2019 draft. Issues on and off the field would lead to his departure in Washington mid-way though his second season.

The Steelers would sign Haskins in January 2021 but he would appear third on the depth-chart dressing in just one game this past season. Haskins was expected to compete with Mitch Trubisky for a spot on the Steelers roster.

“We are devastated to hear the news of the tragic passing of Dwayne Haskins Jr.,” Commanders owners Daniel and Tanya Snyder said in a statement. “He was a young man with a tremendous amount of potential who had infectious personality. To say we are heartbroken is an understatement. Our hearts and prayers are with the members of Dwayne’s family and all of those who knew him and loved him.”

The Los Angeles Rams and Tampa Bay Buccaneers will face off against one another in Sunday's early game for...
News

The term legend is too frequently used in sports but when it comes to describing NFL star Ben Roethlisberger...