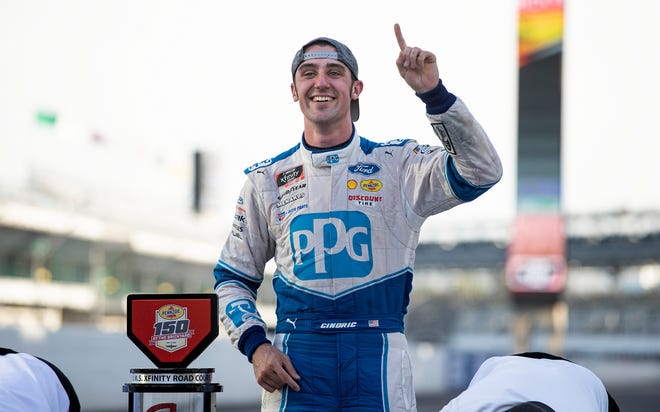 Austin Cindric claimed the win in Saturday’s running of the Pennzoil 150 at the Brickyard.

The win was the fifth of the season for Cindric, placing him just one behind his total for the 2020 when he won the Xfinity Series championship.

After winning the race Cindric celebrated by singing “Back Home Again in Indiana” as he took his victory lap. Cindric was scored as winning the race by 2.108 seconds ahead of second place AJ Allmendinger but the race was not even that close as the driver of the No. 22 Ford Mustang was on cruise control in the closing laps.

“Unbelievable and first of all I‘ve got to thank Roger Penske for every opportunity I‘ve had in my career and every opportunity he‘s given race fans to enjoy this beautiful facility,” Cindric said after the race.

“To win at this facility is amazing,” Cindric said, adding, “What this place means to me, I can‘t even put into words what this means.”

The win was the second of the day for Team Penske at IMS after IndyCar driver Will Power went to victory lane in the Big Machine Spiked Coolers Grand Prix.